Religion in a Pandemic: The Supreme Court’s Free Exercise Jurisprudence in the COVID-19 Era

Categories: Current Issues Blog
Comments Off on Religion in a Pandemic: The Supreme Court’s Free Exercise Jurisprudence in the COVID-19 Era 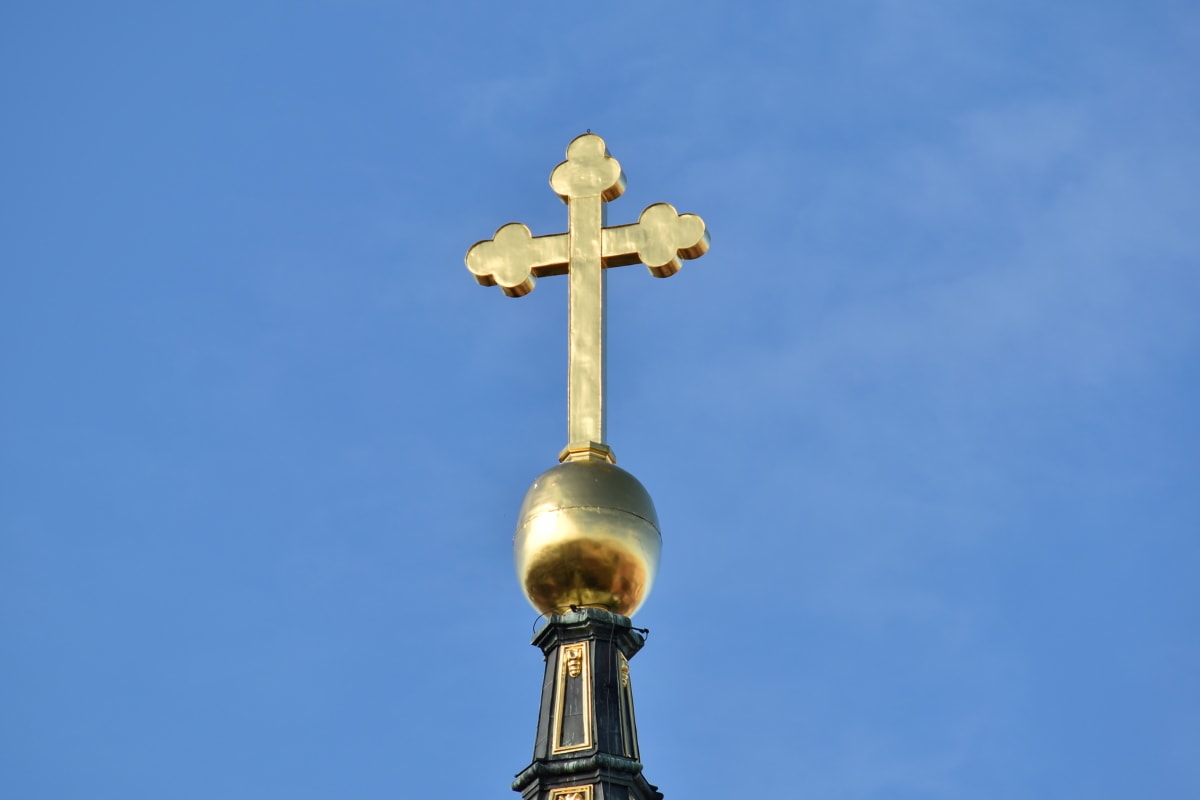 The COVID-19 pandemic has upended the way Americans engage in their weekly religious practices.[1]  As with every other area of American life, religious organizations have become accustomed to providing socially distanced services and complying with both federal and state guidelines for safe worship experiences.[2]  As churches, synagogues, and mosques have transitioned to servicing their parishioners in the COVID-19 era, some religious organizations have faced restrictions that they allege are inconsistent with restrictions imposed on their non-religious counterparts down the street.[3]  These alleged inconsistent applications of law have led religious organizations to file lawsuits, challenging the alleged inconsistencies as improper violations of the Free Exercise Clause.[4]  The United States Supreme Court has become more open to these claims the longer the pandemic has gone on.  Both the Court’s initial government-friendly approach to addressing these cases and the Court’s recent religious organization-friendly approach to addressing these cases are each addressed, in turn, below.

Towards the beginning of the pandemic, the Supreme Court seemed to ascribe great weight to the extraordinary circumstances caused by the COVID-19 crisis and thus imposed a more restrictive standard on religious organizations, who sought to challenge COVID-related restrictions.  For example, in the May 2020 decision of South Bay United Pentecostal Church v. Newsom,[5] the Supreme Court denied an application for injunctive relief, arising from a COVID-related restriction on houses of worship in California.[6]  Four Justices noted their dissent from the case, meaning that South Bay was decided on a narrow 5-4 basis.[7]  In a solo concurrence, Chief Justice John Roberts provided the only recorded commentary supporting the majority’s decision.[8]

Chief Justice Roberts explained that California’s COVID restrictions “appear consistent with the Free Exercise Clause of the First Amendment” because California’s restrictions “treat[] more leniently only dissimilar activities . . . in which people neither congregate in large groups nor remain in close proximity for extended periods.”[9]  Because the “precise question of when restrictions on particular social activities should be lifted during the pandemic is a dynamic and fact-intensive matter,” Chief Justice Roberts concluded that the discretion afforded to state officials should be “especially broad.”[10]

The dissenting Justices disagreed with the Chief Justice’s analysis.[11]  Justice Brett Kavanaugh, in a dissent joined by Justice Clarence Thomas and Justice Neil Gorsuch, argued that an injunction should have been granted because “California’s latest safety guidelines discriminate against places of worship and in favor of comparable secular businesses.”[12]  The dissenting Justices argued that California failed the balancing test for Free Exercise cases articulated in Church of Lukumi Babalu Aye, Inc. v. Hialeah,[13] which provides that the government must establish a “compelling government interest” for a regulation, treating religious organizations in a discriminatory manner, and that the government must ensure that such a regulation is “narrowly tailored to advance that interest.”[14]  According to the dissenting Justices, California’s imposition of an occupancy cap on religious services discriminated against religious organizations because California imposed no such occupancy cap on a “litany of other secular businesses.”[15] As such, the dissenting Justices determined that the religious organization merited injunctive relief.[16]

However, the same four Justices who dissented in South Bay also dissented in Calvary Chapel.[20]  In a solo dissent, Justice Gorsuch argued that Nevada’s regulations permitting casinos to admit “hundreds at once” while “churches, synagogues, and mosques are banned from admitting more than 50 worshippers” unconstitutionally violated the Free Exercise Clause.[21]  While acknowledging that the “world we inhabit today, with a pandemic upon us, poses unusual challenges,” Justice Gorsuch summarized his argument by stating “there is no world in which the Constitution permits Nevada to favor Caesars Palace over Calvary Chapel.”[22]  Justice Samuel Alito dissented separately in an opinion joined by Justice Thomas and Justice Kavanaugh.[23]  These three Justices reached the same conclusion that the dissenters had reached in South Bay.  In the dissenting Justices’ view, the restrictions failed the Lukumi balancing test for Free Exercise Clause cases.[24]  The dissenters acknowledged that “[i]n times of crisis, public officials must respond quickly and decisively to evolving and uncertain situations” and that “the opening days of the COVID–19 outbreak plainly qualify” as an exigency, entitling public officials to significant discretion in crafting regulations.[25]  However, since the Calvary Chapel case was being considered more than four months after Nevada declared a state of emergency, the dissenting Justices concluded that “the problem is no longer one of exigency, but of considered yet discriminatory treatment of places of worship.”[26]

In a notable shift from the South Bay and Calvary Chapel decisions, the Court adopted its more religious organization-friendly approach to these COVID-related restriction claims, when the Court granted injunctive relief for a church and a synagogue in Roman Catholic Diocese of Brooklyn v. Cuomo.[27]  In Roman Catholic Diocese, the Court had its first chance to address a religious organization’s application for injunctive relief from a COVID-related restriction since Justice Amy Coney Barrett joined the Court.[28]  Both a synagogue and a church challenged New York’s COVID-related business capacity requirements, which allowed some businesses to admit “as many people as they wish” while prohibiting the synagogue and church from “admit[ting] more than 10 persons” to their worship services.[29]  Five Justices—the four dissenting Justices from South Bay and Calvary Chapel along with Justice Barrett—adopted the position taken by the dissenters in South Bay and Calvary Chapel.[30]  These Justices held that the plaintiffs were entitled to injunctive relief because New York had failed to pass the Lukumi balancing test.[31]

Three dissenting Justices—Justice Stephen Breyer, Justice Elena Kagan, and Justice Sonia Sotomayor—argued that the plaintiffs in Roman Catholic Diocese no more merited injunctive relief than the plaintiffs in South Bay and Calvary Chapel, who had previously not merited injunctive relief.[32]  These three Justices argued that the plaintiffs had failed to establish that New York’s business occupancy requirements unconstitutionally discriminated against religious organizations in violation of the Free Exercise Clause.[33]  As such, the dissenting Justices argued that the injunction should not have been granted.[34]  Chief Justice Roberts also dissented on separate grounds, arguing that the case should have been dismissed as moot because the challenged regulations had been rescinded by New York during the case’s appeal.[35]

In the wake of Roman Catholic Diocese, the federal circuit courts have begun applying the Supreme Court’s less restrictive approach to analyzing COVID regulations that impact religious organizations.  For example, the Ninth Circuit, addressing the merits of the Calvary Chapel case rather than the request for injunctive relief pending appeal that was previously addressed by the Supreme Court, applied the Supreme Court’s analysis in the Roman Catholic Diocese decision to the facts of Calvary Chapel.[36]  A unanimous panel for the Ninth Circuit held that the Lukumi balancing test should be applied to the facts of the Calvary Chapel case.[37]  The Court further held that Nevada failed the Lukumi balancing test because the regulations were not narrowly tailored.[38]  The panel thus reversed the decision of the district court and remanded the case with instructions for the district court to issue a preliminary injunction, prohibiting Nevada from enforcing the occupancy regulations against the church or other religious organization.[39]

Because the Supreme Court has applied this more religious organization-friendly approach to COVID-19 related regulations, the lower federal courts are beginning to follow suit, as the panel opinion in Calvary Chapel demonstrates.  As the COVID-19 pandemic continues and vaccine distribution becomes more widespread, it is quite possible that this religious organization-friendly approach to COVID-19 related regulations will become even more commonplace across the federal courts.

Tags: Constitutional Law COVID-19 free exercise clause pandemic Religion religious freedom
« To Pack or Not to Pack The Court? A Closer Look at Both Arguments
The “Hack Back” Bill: A Necessary Defense Mechanism, or a Precipitous Disaster? »