Georgia Runoff Election and the Debate Over Voter Fraud

Categories: Current Issues Blog
Comments Off on Georgia Runoff Election and the Debate Over Voter Fraud 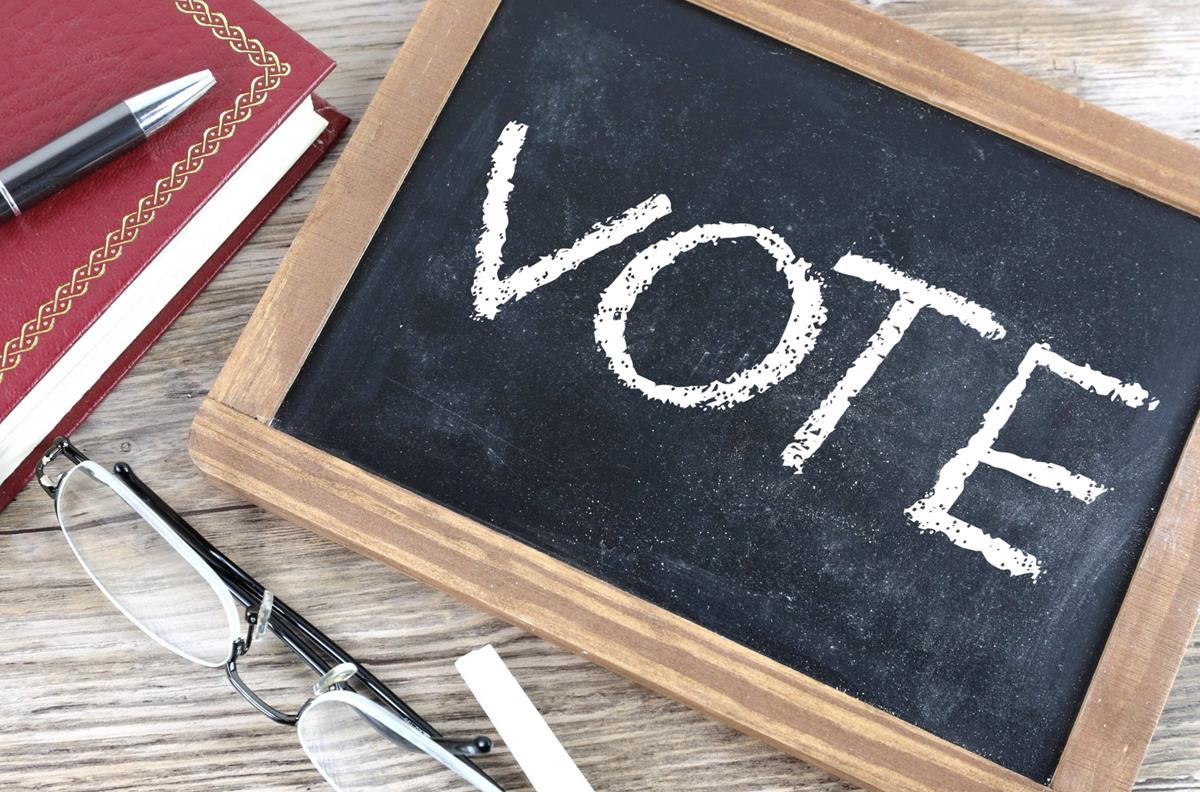 “The management of Georgia elections has become an embarrassment for our state. Georgians are outraged, and rightly so.”[1] This scathing condemnation originates from a joint statement issued by Senators David Perdue and Kelly Loeffler, demanding that Georgia Secretary of State Brad Raffensperger resign because he “has failed to deliver honest and transparent elections.”[2] Control of the United States Senate hinges upon Georgia’s January runoff Senate election,[3] and across the country, Republican politicians and activists are alleging past voter fraud in Georgia and sounding the alarm about potential upcoming voter fraud.[4] Past voter fraud in Georgia has been dismissed by the courts,[5] and Georgia’s official election results have been officially certified by its Republican Governor, Brian Kemp, and its Republican Secretary of State, Brad Raffensperger.[6]

So, what comes next for this unlikely battleground state:  More allegations of voter fraud? Actual voter fraud? With the control of the United States Senate and the efficacy of President-Elect Biden’s first two years at stake, all eyes are on Georgia.[7] Former Democratic Presidential Candidate Andrew Yang issued a series of controversial tweets, proclaiming that he was “moving to Georgia” to help Jon Osoff and Reverend Warnock win, and stating that “[e]veryone who campaigned for Joe should get ready to head to Georgia.”[8]

While Yang later clarified that he does not plan to register to vote in Georgia,[9] Georgia election officials take this potentially legitimate kind of voter fraud very seriously.[10] To preempt out-of-staters from moving to Georgia exclusively for the purpose of voting in the January Senate runoffs elections, Secretary of State Brad Raffensperger issued a harsh warning.[11] His statement advised that any groups helping individuals move to Georgia to vote in January’s election are engaging in a conspiracy to commit voter fraud and may be charged under Georgia’s Racketeering Conspiracy laws.[12] “Make no mistake about it, I will seek to prosecute those who try to undermine our elections to the fullest extent of the law,” said Raffensperger.[13] However, questions remain regarding whether such efforts do indeed constitute fraud and whether they are likely to occur.

United States election laws stem from the original drafting of the Constitution; Article 1 of the Constitution delegates the responsibility of overseeing federal elections to the states.[14] Constitutional amendments and federal laws have further cemented and elucidated voting rights.[15] While these amendments and laws decrease or eliminate barriers to voting, 52 U.S.C. § 20511 lays out the “Criminal Penalties” for voter fraud.[16] Most relevant to the Georgia runoff election is subsection (2) which holds that in a federal election, anyone who defrauds a State of a fair, impartial election by procuring or submitting fraudulent or false voter ballots shall be fined and/or imprisoned.[17] This federal statute focuses on fraudulence in violation of state election law, which here involves Georgia state law.

Per Georgia state law, a United States citizen who moves to Georgia now can legally vote in the upcoming January 2021 runoff election if they register to vote by December 7, 2020. However, they must become a resident, not just a fleeting inhabitant, in order to vote. Georgia election law requires that registrants be “a resident of this state and of the county or municipality in which he or she seeks to vote.”[18] Additionally, “[t]he residence of any person shall be held to be in that place in which such person’s habitation is fixed, without any present intention of removing therefrom.”[19] These statutes clearly preclude someone from moving to Georgia with the sole intention of voting in the runoff election and then leaving.

Someone who registers to vote knowing that they do not possess the qualifications required by law, Georgian residency for example, commits a felony and can be punished up to ten years in prison, and/or up to a $100,000 fine.[20] A person or group that organizes or finances efforts to bring individuals to Georgia to register falsely as electors may also be charged with felony racketeering,[21] which can be punishable by between five and twenty years in prison and up to $25,000 per count.[22]

For those who seek to register to vote in Georgia, Georgia’s Online Voter Registration system gives two options: (1) register using a valid Georgia driver’s license or (2) manually submit a paper registration.[23] If choosing option (1), a new Georgia resident must obtain a driver’s license, which requires three steps. First, an applicant must be at least 18 years old (or 17 in some cases), visit a DDS Customer Service Center, and either surrender her license from her former state or provide a certified copy of her driving record from the state that issued her previous license.[24] If an applicant’s license has expired, she must take and pass the written knowledge, road, and vision exams.[25] Finally, an applicant must pay a $32 fee.[26] Clearly, there are non-trivial requirements to obtaining a Georgia license, including the surrender of a previous license, thus anyone attempting to register to vote fraudulently in Georgia would likely choose option (2): manually submit a paper registration.

After clicking the second option online, a prospective Georgia voter must certify that she is a citizen of the United States, is a legal resident of the county, is at least 17.5 years old, is not serving a sentence for a conviction of a felony involving moral turpitude, and has not been declared incompetent by a judge.[27] Most relevant among these qualifications is the certification that the applicant is a legal resident of the county, which, as defined by Georgia statute above, necessarily includes a plan to remain in Georgia. If a nefariously intentioned prospective voter with no plans to remain in Georgia clicks that they are a legal resident of the country, they are committing perjury. Moving to the third step, an applicant must fill out their residential address or mailing address.[28] While step four requires the individual to provide their gender, last four digits of their social security number, email address, telephone number, and race, this step may be skipped.[29] Step five requires an applicant to “swear or affirm” that they “reside at the address listed above” and are “eligible to vote in Georgia.”[30] This step also warns that “[a]ny person who registers to vote knowing that such person does not possess the qualifications required by law . . . or who knowingly gives false information in registering shall be guilty of a felony.”[31] After completing this step, a voter must still print, sign, and date the application and deliver it to the county election office.

Obtaining a driver’s license or registering to vote without a license are lengthy processes that plainly apprise potential voters of the weighty consequences inherent to voter fraud in Georgia. Even if a person fraudulently registers to vote in Georgia, Georgia has among the strictest voter ID laws in the country.[32] Moreover, to request an Absentee Ballot in Georgia, a person must provide their Georgia State ID or Driver’s License Number.[33]

Registering to vote and voting in Georgia are each no small feat, and a comprehensive search for cases of voter fraud in Georgia by the Heritage Foundation found just twenty cases of actual voter fraud of any kind with any penalty from 1979 to the present.[34] While some may posit that is because voter fraud is difficult to detect,[35] there is simply no evidence of widespread voter fraud.[36] As the Center for Democracy & Technology explains it, (1) “the absentee process is full of security checks,” (2) “election officials easily stop voters from voting multiple times,” (3) “individual fraud is not worth it,” and (4) “widespread voter fraud is nearly impossible and would almost certainly be detected.”[37]

Allegations of voter fraud have ravaged the 2020 Election and show no sign of slowing down in the context of the pivotal Georgia Senate runoff. The mere allegation of voter fraud by prominent Republican voices has led 77% of Republicans to doubt the fairness and integrity of the 2020 presidential election, according to a Monmouth University Poll.[38] Two other polls reinforce this notion, with one poll finding that 73% of Republicans had little or no confidence that the election was fair[39] and a second poll determining that 67% of Republicans believed the 2020 election was either “probably” or “definitely” not free and fair.[40] American democracy suffers from these unsubstantiated allegations of voter fraud, and suspicions around the most recent presidential election and the upcoming Georgia election raise important questions about the state of our democracy and the future of our country.[41]

[4] Trump Twitter Archive, TTA https://www.thetrumparchive.com/?searchbox=%22%40briankempga+%7C%7C+kemp%22&dates=%5B%222020-10-31%22%2C%222020-11-23%22%5D (last visited Nov. 24, 2020). Trump’s tweets to Georgia Governor Brian Kemp include: “Georgia Secretary of State, a so-called Republican (RINO), won’t let the people checking the ballots see the signatures for fraud. Why? Without this the whole process is very unfair and close to meaningless. Everyone knows that we won the state. Where is @BrianKempGA?” Id.; see also US election 2020: Why Republicans are fighting in Georgia, BBC (Nov. 21, 2020), https://www.bbc.com/news/election-us-2020-54976115 (“‘Senator [Lindsey] Graham implied for us to audit the envelopes and then throw out the ballots for counties who have the highest frequency error of signatures,’ the state’s top election official said.”).

[5] Rana L. Cash, 10 days, 1 lawsuit, 5 million ballots and endless fights later, election leaves Georgia politically bruised, USA Today (Nov. 14, 2020, 10:40 AM),  https://www.usatoday.com/story/news/politics/elections/2020/11/14/political-damage-georgia-election-lawsuits/6294225002/ (“A lawsuit filed by the Georgia Republicans and Trump campaign against the Board of Elections in Chatham County was quickly dismissed by a judge when no evidence that late ballots had been mixed with absentee ballots could be provided.”).

[10]Secretary Raffensperger Issues Warning Against Groups Helping Out of State Illegal Voters: We Will Catch You. We Prosecute”, GA Sec’y of State, https://sos.ga.gov/index.php/elections/secretary_raffensperger_issues_warning_against_activist_groups_helping_out_of_state_illegal_voterswe_will_catch_you_we_prosecute (last visited Nov. 24, 2020).

[17] Id. A person, including an election official, who in any election for Federal office––

(2) knowingly and willfully deprives, defrauds, or attempts to deprive or defraud the residents of a State of a fair and impartially conducted election process, by—

(A) the procurement or submission of voter registration applications that are known by the person to be materially false, fictitious, or fraudulent under the laws of the State in which the election is held; or

(B) the procurement, casting, or tabulation of ballots that are known by the person to be materially false, fictitious, or fraudulent under the laws of the State in which the election is held,

shall be fined in accordance with title 18 (which fines shall be paid into the general fund of the Treasury, miscellaneous receipts (pursuant to section 3302 of title 31), notwithstanding any other law), or imprisoned not more than 5 years, or both.

[32] Voter Identification Laws in Effect in 2020, Nat’l Conf. of State Legis., https://www.ncsl.org/research/elections-and-campaigns/voter-id.aspx#Laws%20in%20Effect (including Georgia in the “Strict Photo ID” category); Georgia Voter Identification Requirements, Ga. Sec’y of State, https://sos.ga.gov/index.php/elections/georgia_voter_identification_requirements2. One of the following six options must be presented to vote in person: “Any valid state or federal government issued photo ID, including a free ID Card issued by your county registrar’s office or the Georgia Department of Driver Services (DDS); A Georgia Driver’s License, even if expired; Valid employee photo ID from any branch, department, agency, or entity of the U.S. Government, Georgia, or any county, municipality, board, authority or other entity of this state; Valid U.S. passport ID; Valid U.S. military photo ID; or Valid tribal photo ID.” Id. To obtain a Voter ID in Georgia, a person must provide: “A photo identity document or approved non-photo identity document that includes full legal name and date of birth, Documentation showing the voter’s date of birth, Evidence that the applicant is a registered voter, [and] Documentation showing the applicant’s name and residential address.” Id.