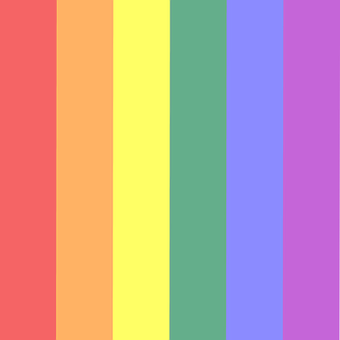 It is no secret that federal policymakers usually propose a bill with no expectation that it will pass into law. In some cases, they do this because they want to start a conversation about an important topic.[1] One such topic that has been at the forefront of the American political thought for some time now (and where there has been a dearth of collaborative communication between political ideologies) is how to properly balance Constitutional guarantees of the free exercise of religion with the civil rights of the LGBTQ+ community.[2]

Now that President Biden and Vice-President Harris have been elected and the Democratic party controls both the house and the senate, we can look forward to a great deal more discussion about the proposed Equality Act which adds sex (including sexual orientation and gender identity) to the civil rights act of 1964.[3] This bill seeks to alleviate the discrimination leveled at members of the LGBTQ+ community,[4] but it carries its own poison pill in a clause that subordinates the 1993 Religious Freedom Restoration Act to the Equality Act.[5] This clause would deny religious exemptions from churches or religious non-profit employers.[6] And while it certainly guarantees unfettered civil rights to LGBTQ+ Americans, it raises issues of constitutionality by preventing some religious persons from freely exercising their religion.[7]

President Biden has promised members of the LGBTQ+ community to make the Equality Act a top legislative priority for his first 100 days in office,[8] but the bill may run into trouble in the form of filibusters and a conservative Supreme Court.[9] Remember, legislation is often proposed — in our system of checked and balanced governance — to spark conversation about an important topic. The realistic best-case scenario for LGBTQ+ rights advocates in this situation would be to begin negotiating with conservative legislators to find a constitutionally sound compromise.

One such collaboration has already been proposed as another bill: the Fairness for All Act.[10] This bill accomplishes some of the goals of the Equality Act by adding sexual orientation and gender identity to the Civil Rights Act, but it explicitly exempts religious institutions and non-profits from having to hire, lodge, or otherwise refrain from discriminating against members of the LGBTQ+ community.[11]

The Fairness for All Act was inspired by similar legislation passed by the Utah State Legislature in 2015, which guaranteed equal protection in employment and housing for all persons regardless of their sexual identity.[12] This bill, dubbed “The Utah Compromise,”[13] passed in a historically Republican state and preceded the recent Supreme Court ruling Bostock v. Clayton County, Georgia (which guaranteed equal protection in the workplace to homosexual and transgender individuals[14]) by five years.[15] It came about through the collaboration of religious institutions like the Church of Jesus Christ of Latter-day Saints and civil rights activists like the American Civil Liberties Union.[16]

The Utah Compromise was soundly criticized by Christian conservatives and liberal friends of the LGBTQ+ community who all worried that other states would follow the example of Utah.[17] Why? Because it was a true collaboration — one where neither party gets to have their cake and eat it too. Conservatives griped that it was unnecessary, that it restricted the religious freedom of small businesses, and that the only religious protection it offered was already guaranteed in the First Amendment.[18] On the other side, many LGBTQ+ advocates complained that it reserved the rights of religious institutions and non-profits to discriminate against people within their institutions and programs.[19] However, what Utah legislators and collaborating institutions realized was that “[i]t was much better for everybody to get 90 percent of what they needed, than for somebody to get zero and another side get 100 percent.”[20]

The Fairness for All Act may seem like a step in the wrong direction, but it represents the best possible victory for both sides of the debate. LGBTQ+ people would be guaranteed civil rights in a majority of situations while religious conservatives would not have to sacrifice their religious beliefs or undermine their own messages by employing representatives who do not exemplify their stated morals.

Perhaps the most important victory in this situation would be for leaders and followers on each side of a seemingly insurmountable ideological divide to openly talk with each other about their values, identities, and shared humanity. As President Biden said, “let’s give each other a chance. It’s time to put away the harsh rhetoric, lower the temperature, see each other again. Listen to each other again. And to make progress, we have to stop treating our opponents as our enemies. They are not our enemies. They are Americans.”[21]